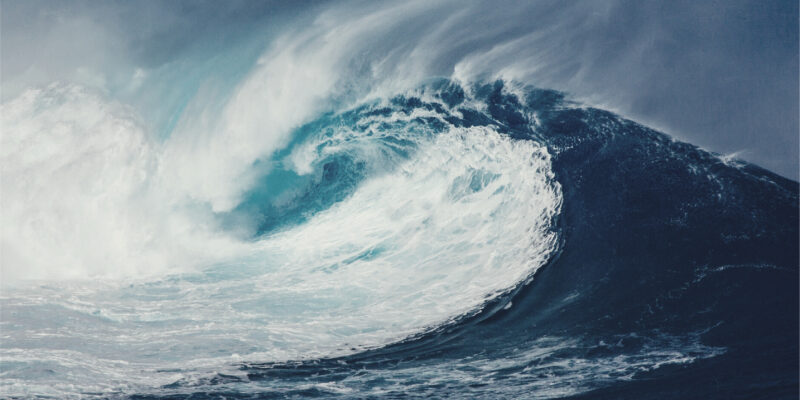 As India is emerging from a gut-wrenching second wave of the Covid-19 pandemic,
the optimistic financial markets point to a hope of growth post-pandemic. Linked
to this is the expected flurry of tech startup IPOs in 2021 in India — tech startups
are expected to mop up approximately $20 billion this year by going public.

This is the year when India’s storied Unicorns are expected to start transitioning
into public companies. Zomato is already off the block and has filed its draft
papers with Sebi for a whopping INR 8,250 crore or $1.1 billion IPO. Paytm is said to be planning a $3 billion IPO later this year. Many more startups will surely follow, with reports emerging of Nykaa, Delhivery, Mobikwik, CarTrade, Policybazaar, Freshworks and Flipkart planning to go public in the coming months. That brings us to the question posed in the title — how to evaluate a tech startup IPO?

I have made an important distinction by qualifying such IPOs as tech ‘Startup’ IPOs because these are mostly loss-making companies and are expected to continue to register losses for quite a while, which is not something public investors see often in India. For instance, Zomato says in its draft red herring prospectus that it has a history of losses and that it anticipates increased expenses, translating to higher losses, in the future. Zomato reported a net loss of INR 682 crore for the nine-month period ended December 2020 and a net loss of INR 2,385 crore for FY 2019-20. This is the case with almost all tech startups, especially B2C ones.

The much more mature US market has witnessed many such IPOs. Palantir,
Snowflake, Airbnb and DoorDash were the big tech IPOs of 2020 and all are lossmaking entities. Yet, each one had a blockbuster debut on the markets. Airbnb had
a $3.5 billion IPO in December 2020 and it quickly crossed the $100 billion market
cap mark on listing. Similarly, DoorDash had a $3.4 billion IPO and galloped to a
market cap of about $59 billion on listing.

For traditional companies, an IPO is typically a culmination. It has grown and
reached stability and then goes public. In the case of tech startups, the IPO is a
part of the growth journey. For such companies becoming a Unicorn is the 1st day
lunch session of a five-day test match and IPO is at best the second day’s session.
For traditional tech and non-tech businesses, investors primarily assess a
company’s current performance, with a focus on earnings and earnings multiples.

In the case of tech startups, the assessment needs to be on potential future
performance based on investments. As an investor, I would focus on two things for tech startups going IPO — path to profitability and exponential customer growth.

A tech startup focuses on first growing the user base, then ensuring increased
usage and stickiness and only then on monetising. Food delivery and e-commerce
startups did not apply delivery charges initially. Only once they had a sizeable user
base and the service they offered became essential to that user base did they start
monetising by charging delivery charges, among other measures. This does not
mean that such startups need to be given the benefit of doubt always.
Performance is important. 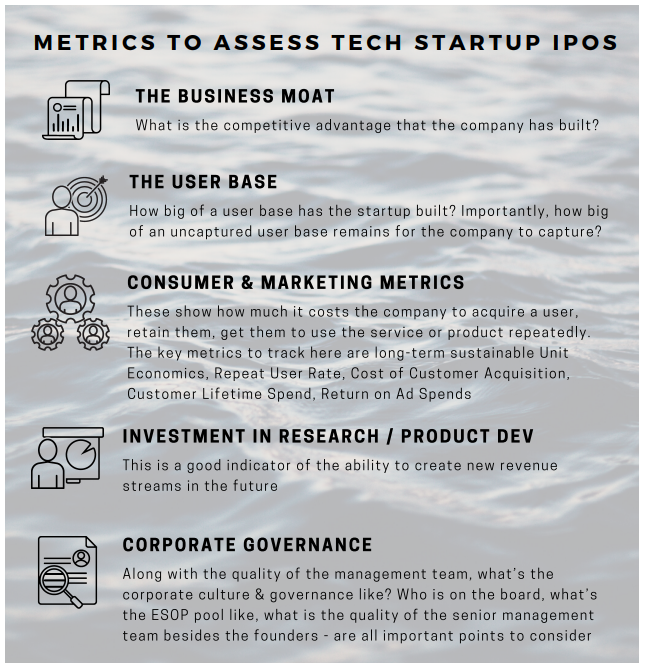 Amazon is considered to be the pioneer of the model of going public during the loss-making growth phase and continuing to aggressively invest in growth. Famously, Harvard Business Review had said in a 2013 article that Amazon had “trained its investors to behave”.

In fact, it wasn’t until 2016, almost 10 years after listing, that Amazon started
making significant profits. But Amazon was growing rapidly, it was increasing its
users, investing in new categories, acquiring companies, launching innovative
offerings and products for consumers. Amazon’s blockbuster innovations like
Prime, AWS and Alexa all happened much after its public listing. The stock prices
kept pace with Amazon’s top line growth. As of January 2021, Amazon’s share price had grown almost 12,040% since its IPO.

The important lesson from the Amazon model is not that investors need to repose
faith blindly in tech startups. It is that fast-growing, loss-making companies need
to show results in the form of exponential growth, when not making profits. In the
Indian context, the ability to make inroads into non-metro India will be key to the
success of Indian B2C tech startups.
It is important to also focus on the performance of the IPOs. In the last decade,
only 20% of the companies listed on the Indian stock exchange have outperformed
the benchmark indices. This shows clearly how important it is for investors to do
their due diligence and not follow market euphoria blindly — whether the
company is a tech startup or not. 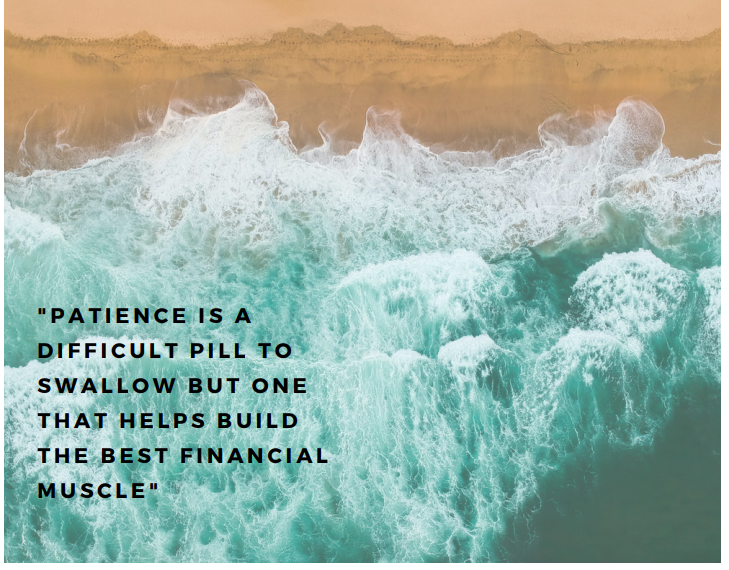 AN IMPORTANT QUESTION TO ASK IS – DOES THE VALUATION AT IPO MATCH WITH THE LONG-TERM PROSPECTS OF THE COMPANY?

Unless you are sure the stock will list at a significant premium and will ensure good short term returns, you are looking at a long term play. For long-term value building in the public markets, the company needs to show performance and that can happen only if the company significantly scales and delivers results. So, profitability and customers remains the key.

Having said that, I do think that investors and the markets are very agile; and it will be sooner rather than later that they adapt to the new way of evaluation. Using some of the metrics outlined earlier one should be able to differentiate between the wheat and chaff. Lastly, patience is a difficult pill to swallow but one that helps build the best financial muscle.