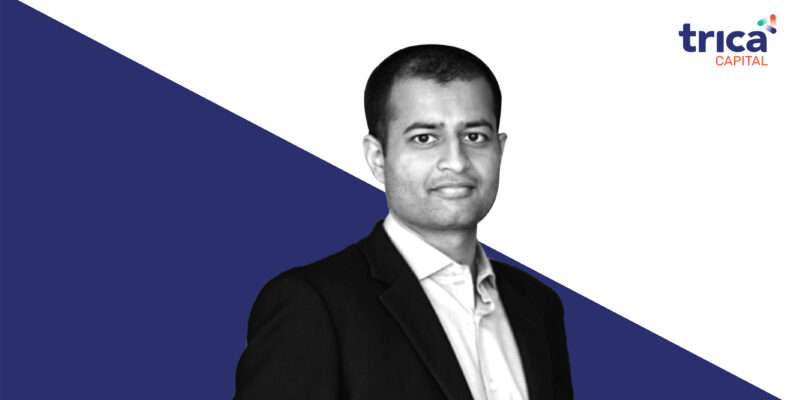 Sohil Chand is the Chief Investment Officer of LC Nueva AIF* and principal at Yukti Securities, the investment office of the Chand Family that was established in 1997. Sohil was part of the founding team of Norwest Venture Partners India and co-led the VC fund’s investments for over 13 years. Prior to joining NVP India, Sohil was an Executive Director in Goldman Sachs’ Asian Special Situations Group, a balance sheet investing group with over $4 billion under management. Yukti Securities since 2010 has focused on early stage startup investments across sectors and the Chand family has recently partnered with global wealth and asset management company Lighthouse Canton to create an AIF that will double down on portfolio outliers at growth stages.

Yukti Securities was set up in 1997, can you tell us about how the investment office has evolved over the years?

The initial proceeds to set up Yukti came when my father exited the IT services business he had set up in the mid-1990s. Initially, the capital was used to buy stakes in operating businesses, manage those, with a view to liquidating them. But over time this evolved to backing great entrepreneurs, and working with them as they built their businesses. Some of our early successes were with companies like Veeba, Bakers’ Circle and Biryani By The Kilo. What also helped was my personal background in private equity and venture capital since the 2000s, ﬁrst with Goldman Sachs and then with Norwest Venture Partners in India.
Now for the past few years, my brother (Ashish Chand) and I have been running the family office on a full time basis, investing in a very systematic way with a lot of diligence. Our thesis is to go early so that we can get a meaningful stake in the business for relatively small amounts of capital, and to work with the entrepreneurs to build out the business. We invest for the long term and unlike a fund we do not have exit pressures but we do like to churn capital; we consistently look to exit our performing investments and reinvest in other early phase businesses.
We’ve not invested in PE/VC funds and wouldn’t look to do that because we have that expertise ourselves, so why pay someone else to manage our money unless there was something really dramatic that they’re doing? We don’t see that in India yet.
But what we have done this year is set up an AIF in partnership with Lighthouse Canton (a global wealth and asset management company) with the objective of having more power to play. As a family office our focus will always be on early stage investments but with the outliers we would like to participate in later rounds as well — to ride out winners.

In the 20-odd years that your investment office has been active and your own ringside view of the venture and startup ecosystem in India, how would you say the approach of family offices and UHNIs to private markets has evolved?
When we started, it was mostly one off investments, some via networks like Indian Angel Network, etc and initially the capital allocated to private investments was extremely small — private market investing has become serious business for us only in the past ﬁve years or so when we massively increased the allocation to private markets.
But we haven’t done this by cutting down our public markets allocation or exposure to real estate, and so on. What we’ve done is plough backs gains from our early startup investments back into the private market itself and in that sense, the capital has been recycled. We’ve grown a relatively small amount of initial capital into something that’s become quite signiﬁcant because returns on our private market investments have been much better than public markets. We’ve also fortuitously caught the right crests of the capital market cycles.
On a more general note what I have seen is that today family offices and UHNIs are willing to take more risk and make very early stage investments compared to the VCs. Most VCs today have a minimum cheque size of $5-10 M and are therefore playing in the mid-stages and the UHNIs are concentrated in the seed to Series A+ rounds.

You’ve made about 20-odd investments in the past few years, is there an investment thesis at play?
Some of our early bets were in the consumer space with an idea to diversify our allocation given that hitherto most of our private and public investments were in the IT and technology space. Today, if I were to summarise our investment thesis in a line it would be to say: we back non-linear growth businesses with really strong entrepreneurs.
My biggest learning has been that you just cannot discount the importance of the founder and the team, no matter what the business. We look for teams that can play the long game in a large market.
We look at businesses that will have the ability to grow long non-linearly without continuous capital infusion. Scale should beget scale. Scale cannot be exclusively a function of capital.
Lastly, we want to have meaningful positions in companies, 5 to 15%, so that we have enough skin in the game to actually spend time with these companies.

One of the things that you also spoke about earlier was ﬁnding an optimal time to exit some of the businesses and then churn that money back into other startups. What has been your biggest learning in creating exits for yourself and having the gumption to not keep waiting for a larger upside?
This is a matter of philosophy—we don’t have to maximize the last dollar. I truly believe that’s a losing strategy. Nobody can really time the market. We look at the opportunity cost to our capital at all points in time. When we see business growth slowing down or actually the valuation growth slowing, we would rather start taking money off the table and invest it in a business that’s growing much faster.
Valuations from seed to Series A and even Series B, really leap manifold and then as the business hits a certain size and scale, it’s going to normalize; and at that point, we are happy to let somebody else with a different risk-return appetite take that upside

Having said that would you say that it has been easier in the last few years to actually come by exits?
A bigger investor always wants to write a big cheque so there are always exit opportunities available along the way if you want to take them.

There is today a lot of euphoria around the private markets today. Your advice to UHNIs and family offices looking to enter the private markets today?
Number one, you can’t do this as a hobby, or on a whim; one must have an organized approach and run it like a business if one is investmenting from one’s own balance sheet. It needs time, effort and a good amount of diligence.
Double down on diligence, this has been my biggest learning from meeting multiple companies—for every deal that we do, we pass on 20 or 30 of them. When someone is new to this space, they get really excited with every deal and want to give money to every business; but you must know that most of them don’t work.
If you don’t have the time to bring in a professional who has done it before or tap into your network and lean on the expertise of someone who works in the industry.
I think the most efficient and effective way of getting started in private market investing is via a fund. This gives you access to a number of deals to co-invest in and access to expertise which you can then build on to start doing more deals by yourself.

Your thoughts on the listing of some India’s largest technology startups and the pipeline. The single biggest complaint of global investors for the past two decades has been the lack of exits.
This has been really, really important for PE/VC funds that have been under tremendous return pressure. What all the recent listings have shown is that India can produce exits and this has really energized the ecosystem; we will see more money ﬂow into PE/VCs and more companies will get funded.
Obviously not every IPO is going to be a blockbuster but at this point, I don’t think that’s important. I think what’s important to remember is that these businesses didn’t exist 10 years ago, and now you have multiple $10 billion companies listing. These industries did not exist 10 years ago. Can you imagine the massive value creation that has taken place in India? These IPOs are a testament of that grassroots level value creation taking place for customers and investors!

* LC Nueva AIF (“Fund”) is an Alternative Investment Fund that is currently awaiting approval from Securities and Exchange Board of India (“SEBI”). The Fund will be launched once necessary regulatory approvals are obtained.