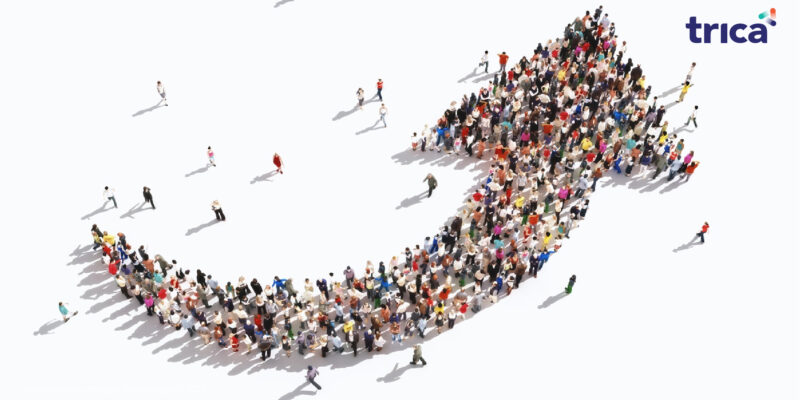 In the popular American sitcom Parks and Recreation (2009-2015), Ron Swanson – a government employee and staunch capitalist, portrayed by Nick Offerman – opposes his colleague Leslie Knope’s effort to bail out the ‘Pawnee Video Dome’ which was going out of business. He bluntly states that the business deserves to fail if it is not serving any value to the customer.

“The free market is a jungle; it’s beautiful and brutal, and should be left alone. When a business fails, it dies, and a new, better one takes its place. Just let business be business and government be government,” he says. 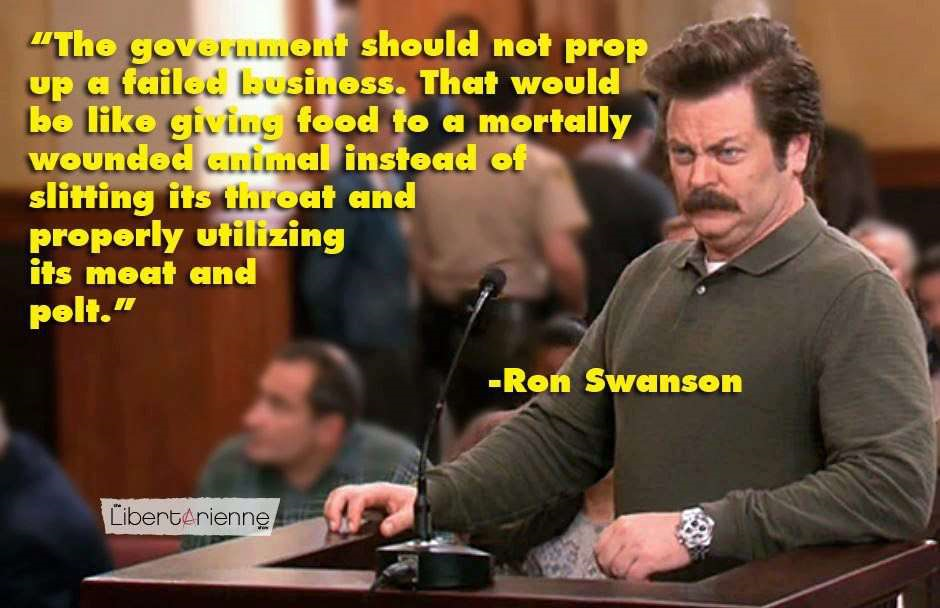 He has a point.

Sharma maintained that the government rescues have discouraged the creation of new businesses, as recessions are more frequent and IPOs are fewer in the West now. He claims that beneficiaries of government support become lifeless companies surviving on fresh debt, and calls 20% of listed companies in the US ‘zombies.’

America did witness massive government bailouts during the Recession of 2008; their Troubled Asset Relief Program (TARP) allowed the US government to purchase up to $700 billion of toxic assets and equity (later reduced to $431 billion) from financial institutions.

The US is facing Recession again, and the global economy is impacted. But this time, things seem a little brighter. Despite some numbers that raise concern, we’re better prepared this time.

But we need a short flashback first.

If the DotCom bubble burst led to the financial crisis of 2000, and US housing market collapse began the Recession of 2008, the ongoing recession is caused by the COVID-19 pandemic over the past two years as well as the ongoing Russia-Ukraine war and the consequential fuel price hike. Add to this, a drop in liquidity across the globe and slow global economic growth in the past few quarters. Manufacturing hit its lowest during the pandemic too. 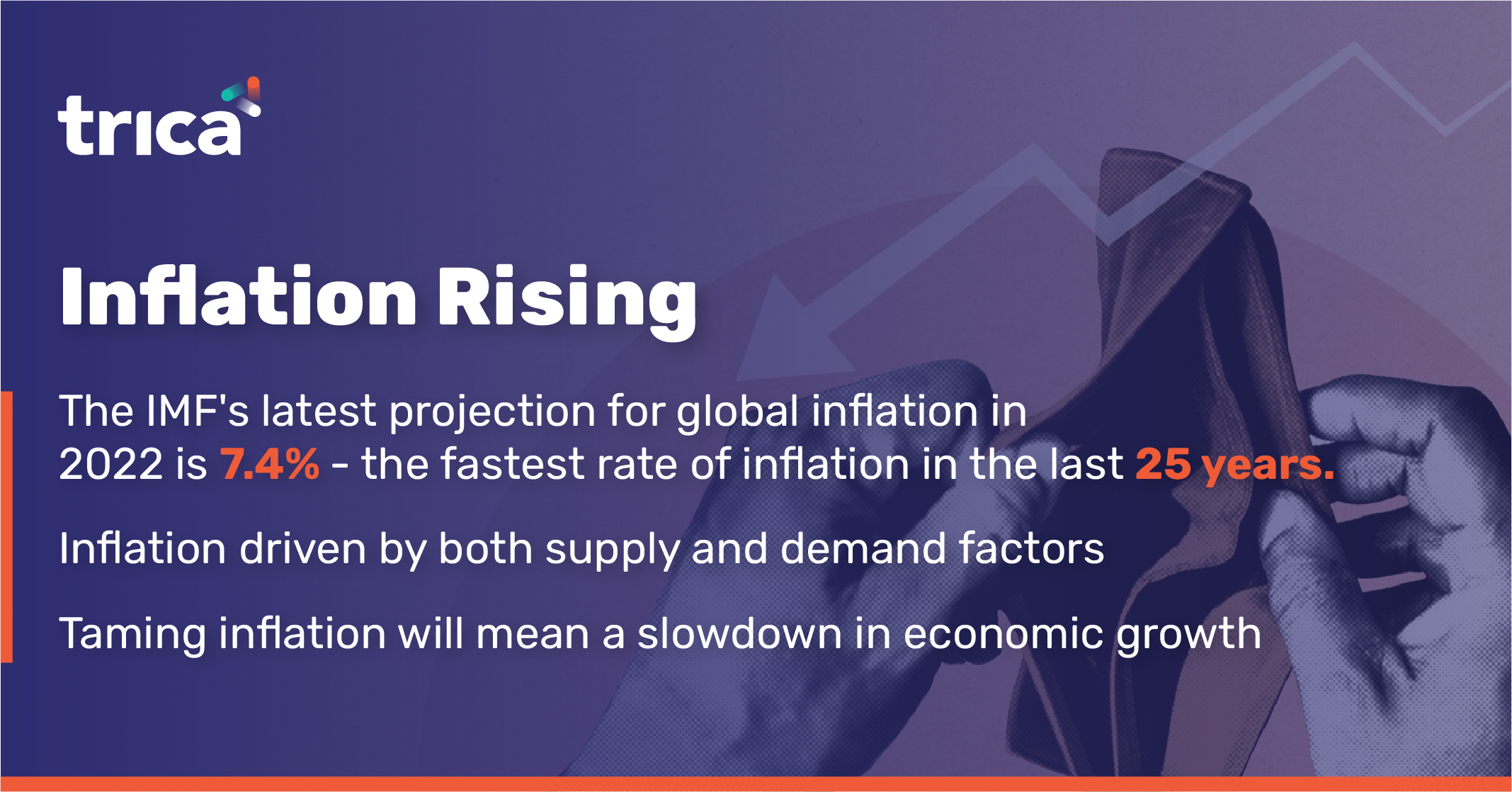 Goldman Sachs has put the probability of a recession over the next year at 30%, while Bank of America has predicted a 40% chance of a recession in 2023. In an effort to slow the economy down and curb inflation, the Fed has announced its biggest interest rate increase since 1994. According to experts, more big jumps in borrowing costs are likely this year. A few days ago, it was reported that the central bank will hike its policy rate above 3.5% and keep it so till the end of 2023. 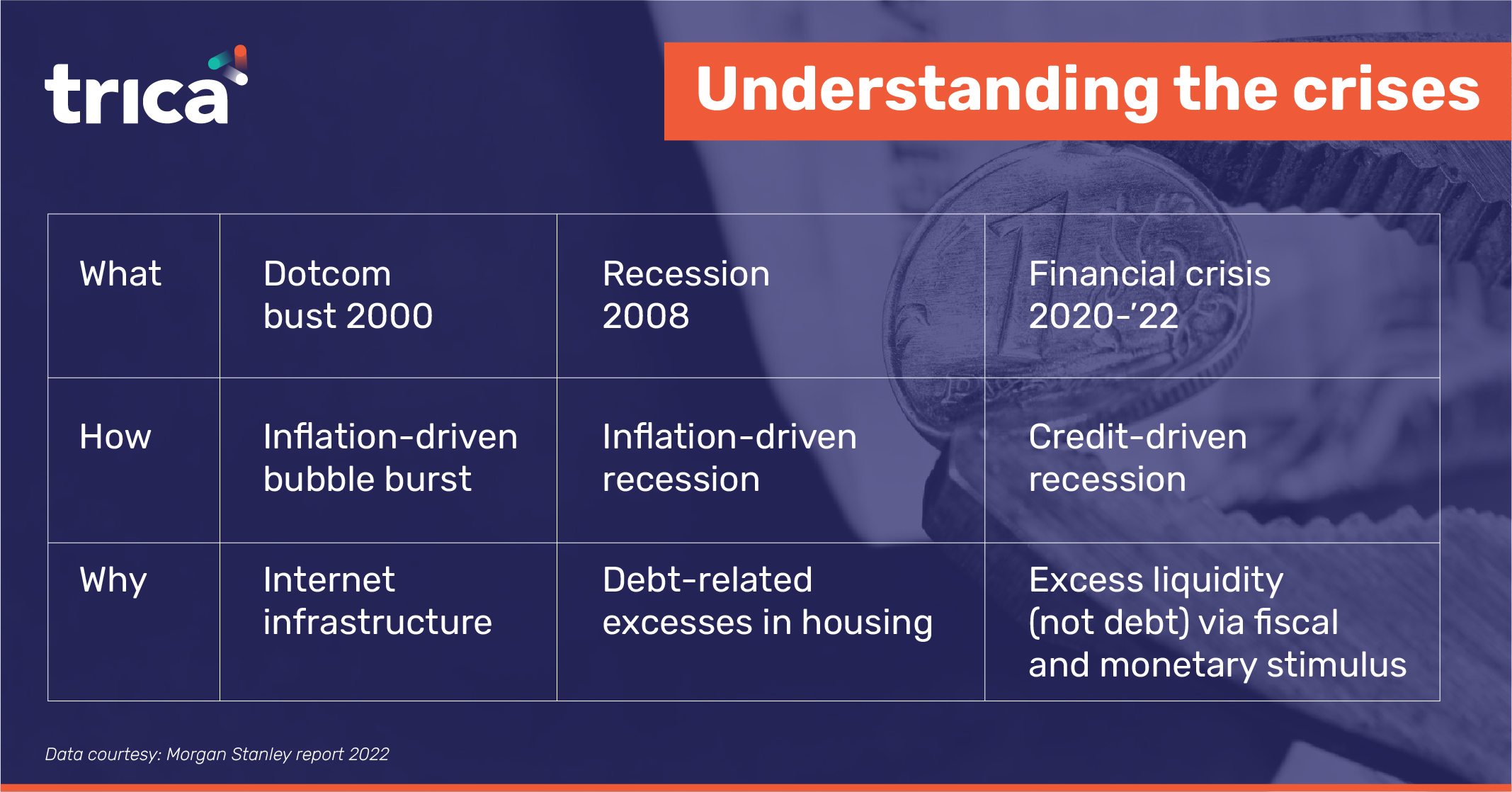 The International Monetary Fund (IMF) has observed that the US economy contracted by 1.6 percent in January-March (2022). In February this year, the US inflation rate hit 7.9% year-over-year, a four-decade high. (Inflation was averaging just 3.84% in 2008.) In order to contain inflation, the Fed raised interest rates, sparking the current recession and shrinking the economy further.

Stock prices are not looking good either, although the current dip followed an unprecedented high last year. Investors need to look for stocks which can do well in the next 2-3 years, especially in the bear market.

Startups need to secure funding only to keep themselves alive; thriving comes after surviving. (In July this year, Inc42 reports, $280 million was raised by late-stage startups in India, compared to $9.33 billion in July 2021.)

Research firm Tracxn has reported that this funding winter will continue for another 12-18 months for Indian startups. It added that August 2022 witnessed $885 million in funding in Indian startups – out of which a major chunk went to late-stage firms like upGrad ($210 million) and EarlySalary ($110 million); this is a 20% dip from July 2022.

According to CB Insights’ Tech Valuation Q2’22 report, late-stage deal volume declined by 17% QoQ in Q2’22 (and is projected to fall 29% YoY by year-end) as investors have become more discerning and “risk-off” for larger rounds. For those deals that do happen, the report adds, investors are negotiating greater downside protection. 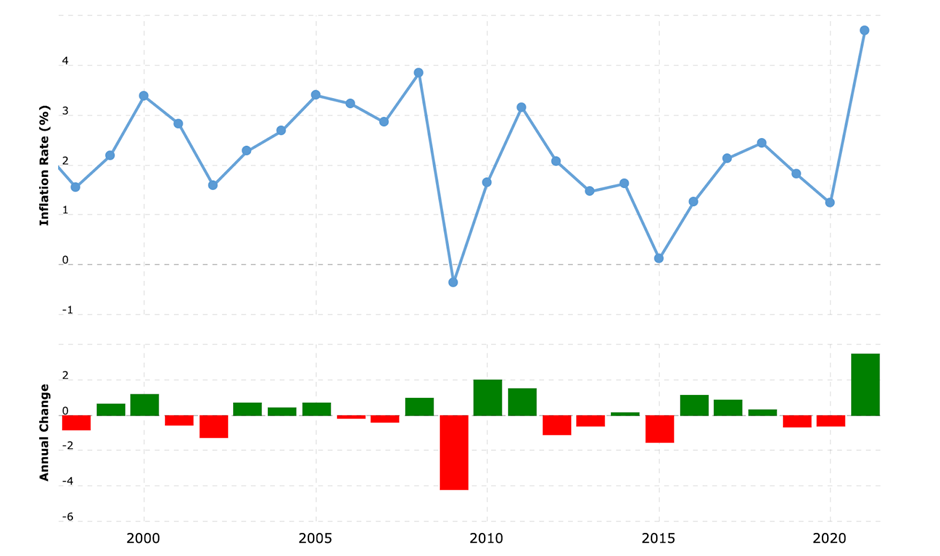 Graph on NASDAQ data on inflation

So, the obvious questions are: Where are we now? What is next?

The current Recession seems to be less severe if you look at certain factors, as pointed out by Morgan Stanley:

–         Despite fears of rise in housing prices till February , they are currently steady

–         Production (for automobiles) will peak once the supply chains are clear

The report adds that the balance sheets are in the best shape in decades across households, companies, and the banking system. 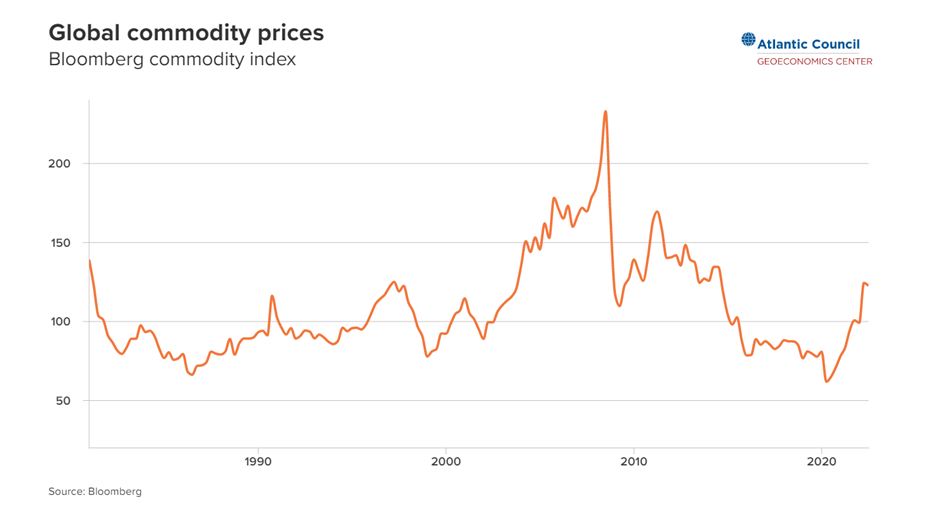 Fiscal policies like targeted tax cuts can help stabilize the economy when it is underperforming. New spending on infrastructure projects in order to stimulate the economy by adding jobs is another way out, as it can increase economic output and boost productivity — though that kind of spending could worsen the inflation problem. 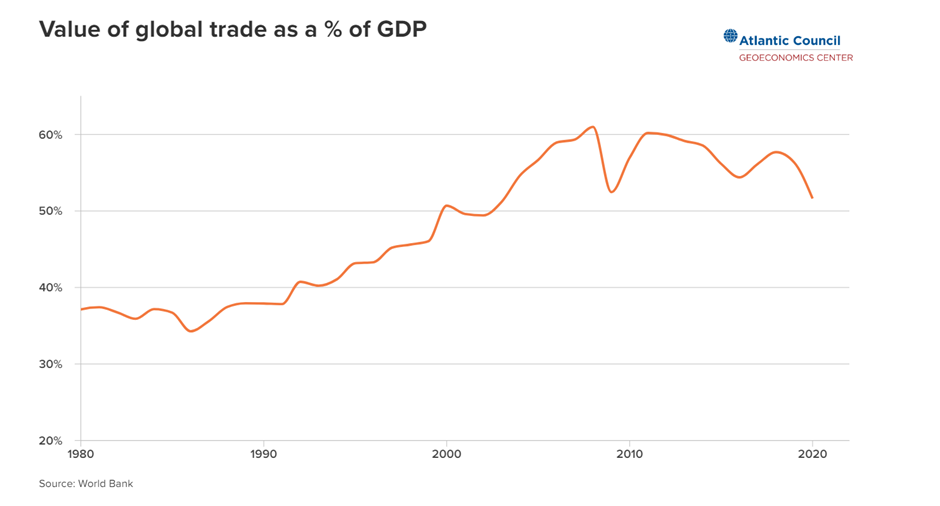 Currently, as the World Economic Forum suggests, central banks can lower short-term interest rates, which will help increase consumer confidence and stimulate spending, as the cost of borrowing is lower, meaning the cost of buying items such as cars and homes is also less.

Recessions end when growth resumes again, no matter how slowly this happens. In India, we are witnessing a ‘stagflation’ scenario (stagnation+inflation), as the sales volume of consumer goods are falling (4.1% fall for the period January to March 2022 in a comparison to a year earlier as per a report by NielsenIQ) primarily on account of higher inflation. Yet, the companies selling these products made more money, despite the lower number of units sold, through price hikes.

Venture and the underlying businesses are stronger than the DotCom era; but startups will have to accept lower valuations, especially with the funding slowdown going on at the moment. Lower availability of capital is a direct consequence of high interest rates, as asset managers and LPs would prefer less risky options than startups during inflation. But startups with healthy growth, solid unit economics, and capital efficiency would be seen as low-risk investments.

The players that stay the longest in the game are those who have seen the ups and downs and learnt to survive. A crisis to the scale of 2008 has been avoided. Inflation will reduce as supply chains are sorted out, and the fragility of our financial systems shall be fixed in due course with government support. We are healing, slowly but surely.

The Human in the Process

How the Greatest Investors Win in Market and Life: Lessons from William Green